To share your memory on the wall of Emma Williams, sign in using one of the following options:

Her father and mother were Ralph and Mary McKenzie. She was born in Franklin, Pennsylvania and grew up in the Depression. She was the fifth of five siblings, John, Elizabeth, Cletus, Helena and herself. Her father was an invalid at that time and the family took boarders into their home to make ends meet, Her mother also did laundry for others. She became a registered nurse at Lancanau Hospital in Philadelphia which was a Lutheran hospital at the time and her instructors were Lutheran nuns. She met her future husband, Toby, as his nurse when he had appendicitis during WWII. She asked the other nurses not to give him her name, which is Emma Margaretta McKenzie, but he found out she was from Pennsylvania and called her Penny, a nickname that stuck. They were married in Fort Worth at her sister’s home and she stayed in Texas the rest of her life. They had 3 children: George Toby, Susan Elaine and Cynthia Lynn. They moved to Abilene where she lived from1962 until her death.

She took off time from nursing to have a family but returned later on in the 1960s. She worked first at a small hospital, Cox Hospital, then worked as an intensive care nurse at Hendrick Hospital for many years and later worked on the new skilled nursing unit at Hendrick. Her husband died too young at 46 and she spent the rest of her life working as an RN until retirement and serving others in so many ways.

She was always in the background, smiling and working. She gave so much time to Grace Lutheran Church she should have been on the payroll. Whether it was vacation bible school, Altar guild, making quilts for missions overseas or in the kitchen for any function, Penny was there. She also drove for Meals on Wheels for years delivering food and loved it.

She was all about family. She loved her children and her grandchildren. She frequently kept six grandchildren in a small 2 bedroom apartment playing games and cooking, of course, all weekend. It is hard to find a picture of her alone; she was always with others and often with an apron on. She also stayed with family members prior to their deaths, nursing and serving them.

Her last years were spent in assisted living as long as possible and then long term nursing home care as her dementia progressed. She nursed her mother with the same illness many years before. She died peacefully. She will be missed, but not forgotten.

In lieu of flowers, the family request that donations be made out to Meals on Wheels, 717 North 10 Street, Abilene, Texas or to Grace Lutheran Church, 1202 S. Pioneer, Abilene, Texas.

Online Condolences may be made at www.northsfuneralhome.com.
Read Less

To send flowers to the family or plant a tree in memory of Emma Margarette Williams, please visit our Heartfelt Sympathies Store.

We encourage you to share your most beloved memories of Emma here, so that the family and other loved ones can always see it. You can upload cherished photographs, or share your favorite stories, and can even comment on those shared by others.

Posted Jan 13, 2019 at 11:44am
Penny was always one of the sweetest, friendliest most helpful people I have ever known. Never a cross word or frown was seen or heard from her. Truly, an angel on earth before she finally became one. Her memory is the blessing and example she left for all to follow. Prayers and comfort are wished for her family and many, many friends that her well-lived life gathered along the way.
Comment Share
Share via:
DS

Posted Jan 13, 2019 at 11:43am
Penny was always one of the sweetest, friendliest most helpful people I have ever known. Never a cross word or frown was seen or heard from her. Truly, an angel on earth before she finally became one. Her memory is the blessing and example she left for all to follow. Prayers and comfort are wished for her family and many, many friends that her well-lived life gathered along the way.
Comment Share
Share via:
PA

Posted Jan 12, 2019 at 10:20pm
Sending the family our most sincere condolence. Penny was a very caring and compassionate nurse. Iwas very lucky to have worked sideby side with herinICu at HMC. she was known tothe filipino nurses as mother Penny. She treated us like her own children.
Comment Share
Share via:
MD

Posted Jan 12, 2019 at 01:45pm
I had the honor to work with Penny 40 years ago. I was a new, young nurse in ICU at Hendrick Medical Center where she took me under her wing. She was an amazing role model. I feel blessed to have known her and had the pleasure to work with her.Prayers for blessings and peace during your time of sorrow. Manuel DeLeon.
Comment Share
Share via:
TW

Posted Jan 11, 2019 at 07:05pm
We were blessed in so many ways by knowing Penny. She always, always had a smile on her face and was always willing and ready to do whatever needed to be done at church. I remember her telling me that she used to go to the nursing homes and do the ladies nails. She even mentioned doing my grandmother's nails and even commented about how much she thought of my grandmother and enjoyed visiting with her. Penny, you've definitely earned your wings in heaven; tell my grandmother hello for me!
Comment Share
Share via: 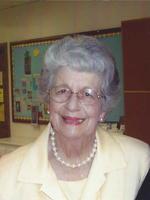 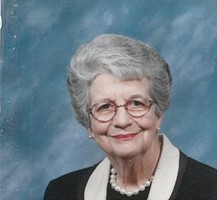