To share your memory on the wall of Aletha Greenough, sign in using one of the following options:

Visitation will be held at North's Funeral Home Memorial Chapel on August 21, 2019 from
5:00-7:00 PM. Graveside service will be held August 22, 2019 at the Texas State
Veterans Cemetery of Abilene at 10:00 AM, with Minister Aubrey Rodgers Officiating.


Aletha was born January 20, 1937 in Indianapolis, IN to Elizabeth Gephart and Este Emerick.
Aletha received her Primary education in Indiana. She married William H. Greenough, Jr. in Columbus, Indiana on March 7, 1955 and they spent 64 loving years together. She and her husband traveled the world and lived in several different places all while he was serving in the United States Air Force. Columbus, Korea, Long Island, and lastly to Abilene, Texas. Aletha loved her family, spending time with her husband, dancing and playing games. Aletha was preceded in death by both parents, two brothers: Este Emerick, Jr. and William Emerick.

Online Condolences may be made at www.northsfuneralhome.com
Read Less

To send flowers to the family or plant a tree in memory of Aletha Catherine Greenough, please visit our Heartfelt Sympathies Store.

We encourage you to share your most beloved memories of Aletha here, so that the family and other loved ones can always see it. You can upload cherished photographs, or share your favorite stories, and can even comment on those shared by others.

Flowers were purchased for the family of Aletha Greenough. Send Flowers

Posted Aug 16, 2019 at 06:34pm
I met Aletha at United Supermarkets. She was a guest with a beautiful spirit and always had a smile for everyone. She visited the deli and we quickly became friends. She would look for me every Wednesday and if I wasnt there she would mention it to me the next time she saw me. I quickly learned about her loving husband and her children whom she loved so much. I will miss you sweet Aletha. I never told you this but you brightened my day with your weekly visits. Your smile was always genuine and bright and I'm going to miss you my sweet friend. May God wrap His loving arms around your family and give them comfort.

Posted Aug 16, 2019 at 11:21am
I meet Aletha at the Credit Union and from the very first time she impacted my life. She was such a sweet lady and I know that she was the HUB of that family. My prayers and heart full wishes goes out to the most loving family of Aletha.
Comment Share
Share via:
D

Posted Aug 15, 2019 at 10:30pm
I only met my great aunt Althea a few times when her and my uncle Bill come up and visit my grandma!! She was a wonderful Woman and beyond wonderful kind and amazing!! My heart goes out to everyone in our family!!
Comment Share
Share via:
DD

Posted Aug 15, 2019 at 07:11pm
My heart is breaking for this family! I loved her very much! She was a great Aunt Aletha. Prayers and bigs hugs for the whole family! 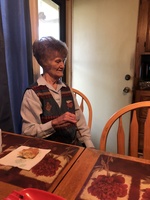 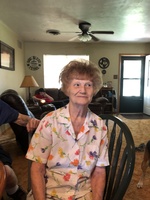 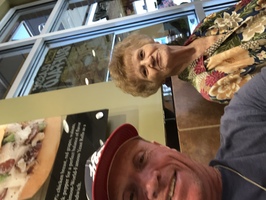