To share your memory on the wall of Charles Screws, sign in using one of the following options:

To send flowers to the family or plant a tree in memory of Charles Beverly Screws, please visit our Heartfelt Sympathies Store.

We encourage you to share your most beloved memories of Charles here, so that the family and other loved ones can always see it. You can upload cherished photographs, or share your favorite stories, and can even comment on those shared by others.

Guaranteed hand delivery by a local florist
IF

Posted May 08, 2020 at 08:21am
Thank you Charles for sharing your cabin and fish fries with us. Monty enjoyed y'all swapping stories of his time in Germany and your time in the war. Thank you for inviting us to family get togethers and all the times we spent together.
Comment Share
Share via:
KR

Posted May 07, 2020 at 07:38am
My Grandaddy was a stubborn man, but so full of life and love. I love how he would always ask the bank if he had enough in his account left over for a hamburger. He would always ask people if they ate yet. He had a great appetite even up til the last hours of his life. He made the best pancakes and the best pecan pie, peanut brittle and stuffing ever. I’ll miss him so much. He loved his grandkids with all his heart. && his Great Great granddaughters and dog Jaxon will forever miss his laugh and sitting under the pecan tree with him. 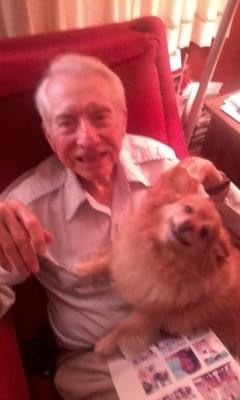 Posted May 06, 2020 at 11:48am
I have fond memories of going with him and Beverly to their cabin. He made delicious pancakes. We also enjoyed going to Dinner with he and his family. Very hard of hearing but had a great sense of humor. He loved life. So glad he enjoyed the meatloaf and banana nut bread I made him.
Comment Share
Share via: 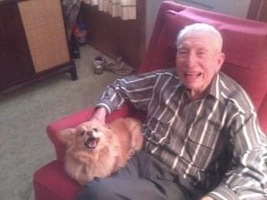 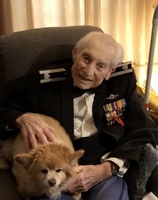