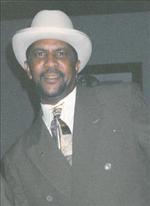 Jimmy Lee Henry of Abilene passed away Saturday, September 12, 2020 at his home with family by his side. Funeral Services will be held Monday September 21, 2020 at 11am at North's Funeral Home Chapel. Burial will follow at the Texas State Veterans Cemetery.
Jimmy was born November 16, 1955 in Yorktown, TX to Mary Oliver and George Henry Jr. Jimmy moved to abilene at an early age and he received his primary education from Woodson Elementary, and graduated from Cooper High. After High School, Jimmy joined the United States Air force, during that time he was a Fire Fighter for the Air force. After his career in the Military, He worked for the City of Abilene, Pepsi, then he began driving trucks for different companies, before owning and operating his own trucking business.
Jimmy was a Hard worker, Helpful, and just a all around nice guy. He loved to Watch Sports, working in the yard, and he loved to ride motorcycles. Jimmy was preceded in death by his father George Henry Jr., and brother Morris O'dell Henry. Left to cherish his memories are: Mother Mary Oliver Henry of Abilene, son Rodney Bernard Coplin of Abilene, sisters Barbara Coplin, Ira Henry, brother Kenneth Henry, 5 grandchildren, 3 great grandchildren, nephews, nieces, step-children, and a host of extended family and many friends. Online Condolences may be made at www.northsfuneralhome.com