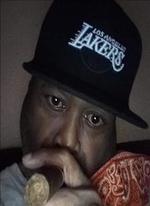 Freddrake was born December 17th, 1964 in Los Angeles to parents Freddrake Hicks Sr. and Margie Booker-Sims. He received his primary education from Los Angeles Public Schools. After High School, he attended Trade Tech Community College and started a long career in food service. Freddrake moved to Texas in 1985 and worked as a Cook. He was a cook at Furrs Cafeteria, Joe Allens BBQ, and lastly he worked at Cracker Barrel for 10 years. One thing Freddrake loved to do was Groove and play Dominoes. He also liked to watch sports, but most of all he loved hanging out with his family and friends.