To share your memory on the wall of Doris Young, sign in using one of the following options:

Print
Doris Nell Young, 88, went home to be with her Lord on February 22nd, 2021. A graveside service is scheduled for 11 a.m. Saturday, March 13, 2021 at the Ross Cemetery in Baird, Texas with Pastor Steven Hammond officiating.

She was the ol... Read More
Doris Nell Young, 88, went home to be with her Lord on February 22nd, 2021. A graveside service is scheduled for 11 a.m. Saturday, March 13, 2021 at the Ross Cemetery in Baird, Texas with Pastor Steven Hammond officiating.

She was the oldest of two children from William “Doris” and Flosser Nell Roberts. Doris was born in Marshall, Texas on March 2nd, 1932. She attended Grange Hall Elementary School in Marshall, Texas and graduated from Marshall High School in 1948 before attending Texas State College for Women in Denton, Texas earning her Bachelor of Science Degree in 1952. Doris continued her education at Harden Simmons University in Abilene, Texas earning her Masters of Education Degree in 1956. She also attended the University of California at Riverside where she received multiple Supervision Credentials.

She married John Wendell Young, who also shared her passion for educating in Abilene, Texas on January 11, 1957 and together they celebrated 56 years of marriage before John's passing on October 30, 2013.

Doris was a Teacher for 40 years. She taught at South Junior High School in Abilene, Texas from June 1952 to June 1958 and the Dallas Independent School District from 1958 to 1961. For 6 years she worked in New Mexico teaching at Carlsbad Intermediate School in Carlsbad, Roswell High School and Goddard High School both in Roswell. Doris then moved to California where she started in 1967 at Sierra Middle School in Riverside, retiring in June, 1992.

Soon after retiring, they both moved back to Abilene, Texas and Doris became a rancher’s wife. Even though she had a busy schedule, she found the time to do some traveling and visited the grandchildren as often as she could.

After John's passing, Doris moved to San Diego California to be close to family and to enjoy the weather. She made many friends and love to play bingo with them. One of her favorite things to do was to visit Mt. Soledad Veteran’s Memorial in La Jolla, California where John has a plaque in honor of his military service.

To send flowers to the family or plant a tree in memory of Doris Nell Young, please visit our Heartfelt Sympathies Store.

We encourage you to share your most beloved memories of Doris here, so that the family and other loved ones can always see it. You can upload cherished photographs, or share your favorite stories, and can even comment on those shared by others.

Posted Feb 26, 2021 at 01:38pm
Our deepest condolences to you and your family and may your mother Rest In Peace in heaven. 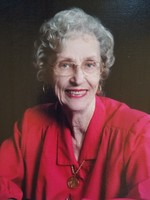